If you’ve ever experienced brain fog, you know how distressing it can be. That fuzzy-headed feeling, the inability to concentrate, can interfere with your life BIG time!

This guide will show you how to clear your clouded mind and live your best life! In fact, SANESolution provides the Best Brain Supplement to date that’s packed with proven and powerful nutrients. What is brain fog?

What is this fog?

Though “brain fog” is a common term, it is not a medical condition. Your doctor will never formally diagnose you with it. That’s because brain fog is usually a symptom of another condition. The symptoms of brain fog may include:

What are causes of brain fog ?

There are many causes of brain fog state, including nutritional deficiencies, sleep deprivation, stress, hormonal issues. It can be a symptom of a medical condition, such as Alzheimer’s disease, Multiple Sclerosis, and migraines. Here are a few of the most common causes of it along with an explanation of how they affect the brain.

After eating sluggish feelings are quite common. The types of food you eat is very important for cognitive function and can manipulate brain fog states. After all, multiple studies have shown a link between poor quality diet and cognitive dysfunction, such as that typically present in attention deficit hyperactivity disorder (ADHD), depression, and anxiety. 1, 2

What is a poor-quality diet in Brain Fog?

Well…there are a few types of foods shown to be detrimental to physical and mental health. For instance, research shows that diets rich in simple sugars are associated with focus and attention difficulties and that saturated fat consumption is related to a deterioration of cognitive ability. 3 A study by Michigan State University, published in the Journal of Experimental Psychology, found that a lack of sleep triples the number of lapses in attention. It also interferes with the individual’s ability to complete a series of steps accurately without losing their place (called “place-keeping”).

In fact, this study showed that sleep deprivation doubles the odds of making place-keeping errors. In analyzing these results, researchers concluded that sleep-deprived individuals must be cautious in everything they do. They simply cannot depend upon rational thought to complete any task, especially tasks that involve following a series of steps.5

And yes, multiple research studies show that sleep deprivation negatively affects attention and memory in general and can lead to progressive cognitive decline, as seen in Alzheimer’s disease.6, 7, 8 Hormonal changes can cause brain fog in pregnancy

If you’re a mom, you know that brain fog in pregnancy is real. Forgetting names, appointments, your car keys, your best friend’s name…all a perfectly normal and frustrating part of pregnancy.

Research studies that do exist, however, suggest that pregnancy-induced brain fog is primarily due to fluctuations in hormones. Such fluctuations seem to affect several neurotransmitter systems and temporarily alter brain structure.9, 10

This, of course, may impact memory during pregnancy.

Like pregnancy, brain fog in menopause is related to hormonal changes. Menopause is, strictly speaking, the moment you cease having menstrual periods. This occurs when your ovaries no longer make estrogen and progesterone. But hormonal fluctuations of these two hormones plus testosterone begin several years before your periods cease. This is the transitional period called peri-menopause.

In a study on women aged 45-55, researchers investigated the possible effects of hormonal fluctuations during peri-menopause on memory. They discovered that, on average, the women with lower levels of estradiol, a form of estrogen produced by the ovaries, did worse on memory tests. And the lower the levels, the more pronounced the memory deficits.11, 12

Does menopause doom you to permanent brain fog, though? Not necessarily. How to get rid of brain fog

Drink Lots of Water: Drinking plenty of water can help your body function properly, in general. Consider this: more than half of your body is composed of water.

If you lose too much water, known as dehydration, your ability to think and reason — and remember things — is compromised.

Research conducted by the World Journal of Psychiatry on more than 3,300 participants showed a link between water consumption and depression or anxiety. Specifically, those that drank more water daily had a reduced risk of suffering from these cognitive conditions…and, presumably, the brain fog that comes with them.

Do sedentary lives cause brain fog? YES! The solution? GET EXERCISE

Everyone knows that exercise is good for your physical health. But did you know it’s also great for your mental health? It’s true. Lifestyle changes like exercise are scientifically proven to lift depression and relieve anxiety. One of the reasons for this effect is that exercise increases levels of endorphins, the body’s “feel good” chemicals known to trigger feelings of euphoria — naturally.20

Brain fog may be involved in sleep deprivation cycles. The amount of sleep you get and the state of your mental health are closely connected. According to Harvard Medical School, 50% to 80% of patients in a typical psychiatric practice are chronically sleep-deprived, compared with 10% to 18% of US adults in the general population.21

Insomnia and other sleep disorders have been shown to increase the risk of developing depression. In fact, a Michigan maintenance health organization found that those with a history of insomnia were four times more likely than normal sleepers to develop depression.22 These lifestyle solutions are great, but some people need a little extra help to dissolve brain fog. So, let’s talk about natural supplements and nutrients that can help overcome brain fog.

While there is no recommended clinical treatment for what is described as “brain fog”, there are critically important nutrients you can use to help clear the fog away. Brain fog may have interventions, but it’s always best to ask your primary healthcare provider for health information as well.

Here are some of the most effective nutrients clinically proven to support cognitive function and help lift brain fog.

Citicoline is a brain-boosting powerhouse! You may have heard that it’s the dietary precursor of choline. The US Institute of Medicine found that choline can “alleviate or improve memory impairment.” 25

Eggs are loaded with choline, which is why they are considered a “brain food.” Well, citicoline is essential for getting enough choline to your brain, making citicoline another essential nutrient for cognitive health.

Folate (vitamin B-9) is known as an essential early pregnancy vitamin. That’s because folate has been shown to reduce the risk of birth defects in the brain and spine. It supports fetal brain development.

But what you may not know is that folate is important for brain health into adulthood…and even into old age! According to King’s College neurologists, research strongly suggests that folate impacts mood and cognitive function, especially in older people.

The only way you can get enough of this nutrient is to find a highly absorbable form of folate.

Coenzyme Q10 (CoQ10) is a naturally occurring antioxidant. CoQ10 lives within your mitochondria, the energy centers of your cells. CoQ10 spurs energy production in every cell of your system, but particularly in your heart and your brain. This means that CoQ10 helps energize your brain!

Unfortunately, CoQ10 is another nutrient that most people are chronically deficient in. To support brain health and fix brain fog, it is essential that you supplement with the right kind at the right dosage of CoQ10.

L-Carnitine is an amino acid that plays a critical role in energy production. It actually brings fuel into your heart and brain cells to be burned for energy. Therefore, like CoQ10, l-carnitine energizes your brain! Given all this research, we’ve concluded that the top-rated brain fog supplement is Vitaae™!

Vitaae™ contains a synergistic blend of nutrients proven to support brain health, thereby reducing or eliminating brain fog. Only the best, most effective, and deeply studied breakthrough new nutrients are used in this one-of-a-kind formula. This is the first and only time all of these rare forms of these powerful brain-boosting nutrients have been put into one convenient and affordable package: 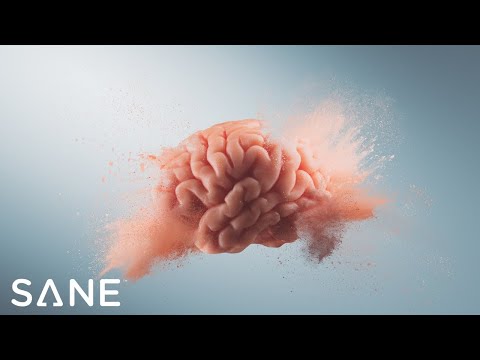 Brain-Boosting Folate: Vitaae™ contains a patented form of folate clinically proven to be up to 7 times more bioavailable than the folate supplements found on store shelves! As a result, with Vitaae™, you’ll get more than enough folate to boost your brain power!

CoQ10: This new patented form of CoQ10 in Vitaae™ is the only form available that offers 100% “assured bioavailability” to everyone. That means it is clinically proven to give you superior bioavailability, 24-hour time release benefits, and universally enhanced absorption!

L-Carnitine/Acetyl-L-Carnitine: Vitaae™ contains the therapeutic doses of these nutrients shown in studies to increase brain function and increase overall energy levels. It can also help you lose weight!